The total number of sea caves within the SAC is unknown. However, as the SACs cliffs are primarily composed of uplifted Ordovician slates, shales, sandstone and mudstones that tend to have softer strata layers of sediment sandwiched between harder ones, the formation of sea caves is common. Sea caves are therefore numerous within the site (marked in red on the map to the right).

They are typically colonised by encrusting animal species and a local survey has also found the presence of the algae Naccaria wiggii, and snail Otina ovata as well as the possible occurrence of the cave spider Meta menardi, which are identified for their conservation interest.

Some of the sea caves are also used by seals as pupping sites. 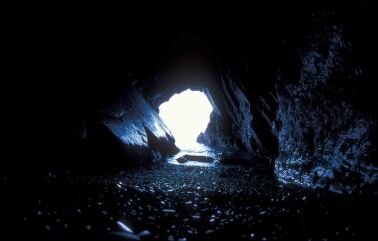